While the UK sizzled in this summer’s heatwave there was some speculation that the country would be plagued by rats as a result. 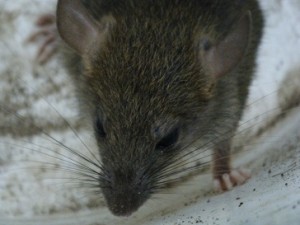 So is that the case? Does hot weather spell rat infestations? Not surprisingly a short spell of hot weather is not suddenly going to lead to a sudden, dramatic surge in the rat population.

The concern more specifically is related to rubbish and the greater incidence of food being thrown away as it goes off more quickly in the heat.

Rats, as it is well documented, are attracted to rubbish because it provides rich pickings for vermin scavenging for food.

As a result of the heat experienced this summer the speed at which food goes off has increased, particularly where fruit and vegetables are concerned.

So while rats may be having a field day tucking into discarded apples and carrots, which will ultimately strengthen them, they are also having to search for water.

In urban areas where food has become more plentiful it may well be that more accessible water supplies have dried up. So while conditions may be supporting the rat population on one hand they may also be hindering them on the other.

However, there is a suggestion that more rats have remained indoors, perhaps as a result of the heat, prompting reported pest problems to rise.

Rather than the rat population suddenly increasing in the heat it is more likely that they are staying put to enjoy the spoils of our leftover fruit and vegetables.

If you are concerned about a rat infestation during the hot weather due to extra food rubbish the best course of action is to make sure that all bins close properly and to be extra vigilant when disposing of food.

For advice on how best to deal with a rat infestation or what to look out for get in touch with the Pest Busters team today.

”A big thank you for arranging Mark and Tom to look at my pest problem yesterday it was very much appreciated. If you could please pass onto their line manager as they were a real credit to your company very professional, polite and a pleasure to deal with. Once again thank you!” Ann Richards

Your Technicians are a real credit to your company!

Very quick service, Technician was very polite and explained process to me. Thank you!

I would like to say thank you for sending Adam to my home address today to treat a wasps nest. Adam was very professional and very friendly. We were really impressed. Thank you. Karen Hanley Knowle

You’re all fab!! You maintain regular contact and explain all issues thoroughly!

Your Technician Andie Worrall is very knowledgeable and professional and has also on several occasions gone the ‘extra mile’ on behalf of our clients, who are very appreciative of his efforts. I would imagine it is a tough job so hopefully, some positive feedback might brighten up the day!

Very pleased with the service. Both Technicians were very friendly and helpful which put me at ease. Home Assist Customer

Very pleased with the service!

Bristol - Manchester - Birmingham - Northampton - London - Oxford - Leicester - Wolverhampton - Nottingham - Coventry - Cambridge - Stratford Upon Avon
We use cookies to ensure that we give you the best experience on our website. If you continue to use this site we will assume that you are happy with it.OkRead more